The City of Liberty and the Liberty Arts Commission has installed seven sculptures in historic downtown as part of a rotating sculpture program. The sculptures will be in place through mid 2021.

Got a smartphone? Download the Otocast app, which will guide you on a walk that includes narrations from each artist describing their work.

Through the app you can also vote for your favorite sculpture. The Liberty Arts Commission-Liberty, MO will include the votes on Otocast in their consideration to purchase one of these sculpture for permanent display in Liberty.

Former Liberty Mayor Greg Canuteson initiated The Great Americans Project to celebrate and honor men and women in American history. Through private fundraising, the project has brought two life-sized bronze statues to historic downtown since 2013. The project board plans to continue introducing more Great American sculptures in the coming years.

The first Great Americans Project statue was unveiled in June 2013 at a park on the corner of Lightburne and Mill streets. The life-size bronze sculpture of George Washington stands proudly atop a pedestal, pointing the way to William Jewell College.

In June 2016, the second Great American statue, a life-size bronze sculpture of Mark Twain, was unveiled at the corner of Kansas and Missouri streets.

The Liberty Arts Commission (LAC) installed three kinetic sculptures in 2013 in each of the two roundabouts on College Street between Conistor Street and Bluejay Drive.

The sculptures were created by internationally known artist Lyman Whitaker, whose work is also found in California, Florida and abroad. The organic forms of each unique piece are sculpted in metal that is designed to patina over time and move gently in the wind.

Funding for the project was raised through donations from individuals, local businesses and the developers of the Triangle with the assistance of the Liberty Arts Foundation.

Created by Liberty resident Robert Evans, the 800-pound steel sculpture was unveiled in 2013. With links to Africa and carried to the Americas through the slave trade, bottle trees are believed to trap evil spirits after dusk and vaporize them in the heat of the morning sun.

A 100-foot, yellow #2 pencil can also be found in Liberty's skyscape. First and foremost a telecommunications tower, the giant pencil brightens Liberty's skyline. 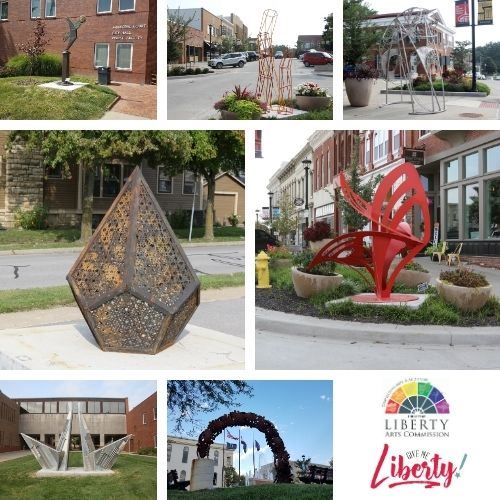 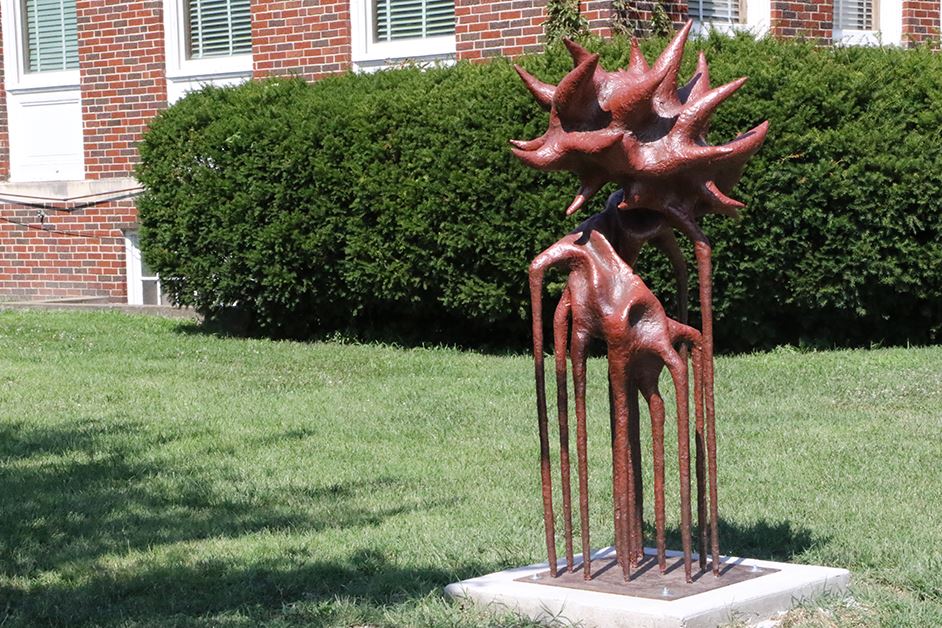