Painted by muralist Eric J. Bransby, the mural located in the City Council Chambers in Liberty City Hall offers a timeline of significant events in Liberty's history, including the arrival of settlers at Liberty Landing in the 1820s and the first daytime robbery committed during peace time by the infamous Jesse James Gang in 1866. The mural was dedicated in 1983.

A series of ceramic murals that highlight scenes from the County's history adorns Clay County buildings along South Water Street.

David McClain also painted a mural on the Clay County public safety building at the corner of Mill and Water streets. Commemorating the 200th anniversary of the Lewis & Clark expedition, the mural depicts the Corps of Discovery's landing just south of Liberty on the Missouri River. 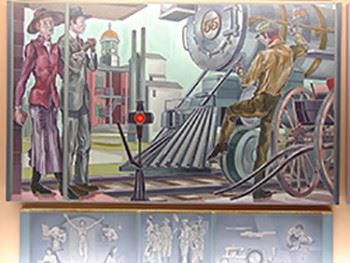 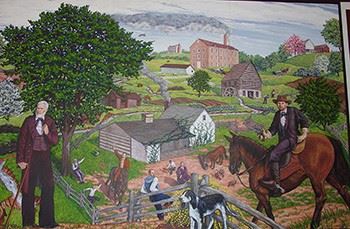 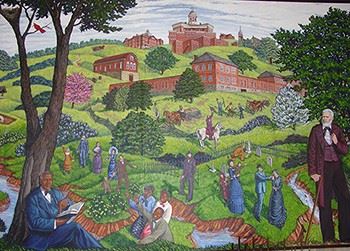 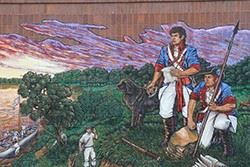